The Statute of the FEF was updated on 13 December 2012, on the occasion of the 25th anniversary of the Foundation.

a) emphasizing the significance of Ezio Franceschini and Gianfranco Contini contributions, as well as the contribution of other scholars of Middle Age whose writings and books constitute the cultural heritage of the Foundation, and the contribution of those who were appointed as members in the governing bodies of the Foundation, by preserving, appraising, studying, and publishing documents, correspondences and wirtings left by them, both if these were edited or not, and by means of any other form which is seen as appropriate to remember their lives and works (like, e.g., grants or prizes);

b) promiting at the National and international level initiatives devoted to the Medieval culture, with particular attention to the Latin and Romance environments, in the following sectors: research, by means of edition of texts, monographical and basic investigations, bibliographical catalogues and so on; diffusion, by means of studies, meetings, conferences, events, paper and online publications, and every other useful initiative; education, by means of lectures, courses and specialization initiatives (third level in higher education);

c) collaborating in order to achieve the aforementioned objectives with other organizations, cultural bodies and instituions with a similar nature, as well as with public Bodies and Universities, with particular attention to those belonging to the European environment. The aforementioned activities must be intended as belonging to the sectors mentioned at the article 10. 1/a-4-7-9 of the Decreto Legislativo 4 December 1997 n. 460 and subsequent integrations. The Foundation has the only aim of pursuing the aforementioned goals and it is forbidden to it to take part into different activities, with the exception of those connected with the said goals.

Art. 3) - Originally, the properties of the Foundation amounted to:

b) of the library, archive and documental heritage property of Ezio Franceschini, which was donated to the Foundation by his heir, Signora Anna Maria Franceschini in Bellina.

This property will be enhanced by:

a) contributions, bequests, donations, transfers (of copyrights also) by institutions or persons, as well as by purchase made by the Foundation itself;

Art. 4 - The Foundation is under the moral protection of a Board of Guarantors constituted by twelve members initially nominated when the stipulation of the constitutive act of the Foundation was made. The Board will also host those personalities from the cultural world and the civil society who will be nomitated by the Governing Board or called to become membes by the Guarantors Board itself. The Board of Guarantors acts as advisor for the usage, the consultation and the publication of the archival and documentary heritage of the Foundation. The role of Guarantor is incompatible with being a member of the Governing Board, of the Scientific Committee and of the Board of Statuary Auditors.

Art. 5 - Are administrative and governing bodies of the Foundation:

- the Governing Board;
- the President;
- the Director;
- the Scientific Committee;
- the Board of Statuary Auditors.

The aforementioned roles are free of stipend, with the exception of the fee which is due by law to members of the Board of Statuary Auditors.

Art. 6 - The Governing Board is constitued by seven members who maintain their position for three years and who can be re-elected. Appointment of new members, in case of necessity or opportunity, is made through cooptation by the Board itself. The President can install the Governing Board once that four out of the seven members have been nominated.
Art. 7 - To the Governing Board is assigned the administration, as well as the ordinary and extraordinary management of the Foundation. The Governing Board gathers at least twice a year and can elect a recording secretary outside of the Board itself. It is specific to the Governing Board to approve balance sheets and internal regulations. The balance sheets and its financial statement must be edited once a year. It is forbidden to distribute, even indirectly, profits and surplus amounts of the management of the Foundation, unless the destination or the distribution of them are imposed by law or are in favour of other ONLUS organizations who by law, statute or regulation are part of one and the same structure and carry out the same activity or other institutional activities directly and specifically foreseen by the present legislation. Profits or surplus amounts of the management must be used exclusively for the sake of achieving and developing activities connected with the institutional objectives and those related to them.
Art. 8 - The President is the legal representative of the Foundation, summons the Governing Board, and he can be institutionally designated to carry out specific affairs. The President is nominated by the Governing Board among its members.
Art. 9 - The Director is nominated among the members of the Governing Board. The Director arranges the cultural programmes, coordinates and organizes the employees activity. He has the power of attorney of the Foundation and he can be authorized by the President to represent it.
Art. 10 - The Scientific Committee supervises the scientific activities of the Foundation. It is made out of a number of members which is in between eleven and twenty-one, and its members are nominated by the Governing Board; it stays in charge for three years and is presided over by the President of the Foundation. Its secretary is the Director.
Art. 11 - The Board of Statuary Auditors comprises three actual members nominated by the Governing Board, one of which is designated by the Ministero per i Beni e le Attività Culturali. The Board validates the financial management, verifies that entries are made out regularly, expresses its opinion by means of a special report on the financial statement. Members of the Board of Statuary Auditors take part into those meetings of the Governing Boards where balance sheets are approved.
Art. 12 - For every other definition of activity and functioning of the Foundation, it is possible that a special regulation is written and approved by the Governing Board.
Art. 13 - Every modification to the Statute of the Foundation must be approved by the Governing Board with a majority of the three-fourths of its components.
Art. 14 - In case of dissolution, whatever be the cause of it, the properties of the Foundation will have to be devolved to other non-profit organizations with a social utility, hence non-commercial, or with public utility, preferrably, due to the activities in their own history, to the S.I.S.M.E.L., once received the advice of the body of control mentioned in the article 3, clause 190, of the law 23 December 1996 n. 662, except for different destinations imposed by the law.
Art. 15 - For everything not expressly foreseen are supposed to hold the present dispositions of the Civil Code. 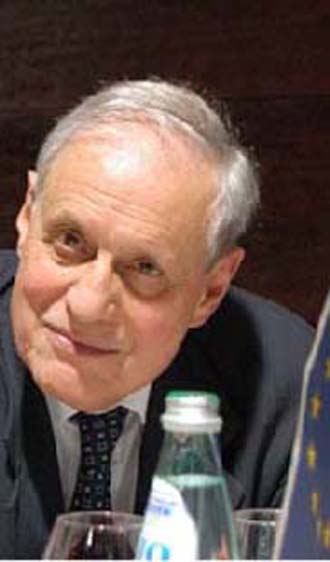